Juniors start a new club for a unique sport. 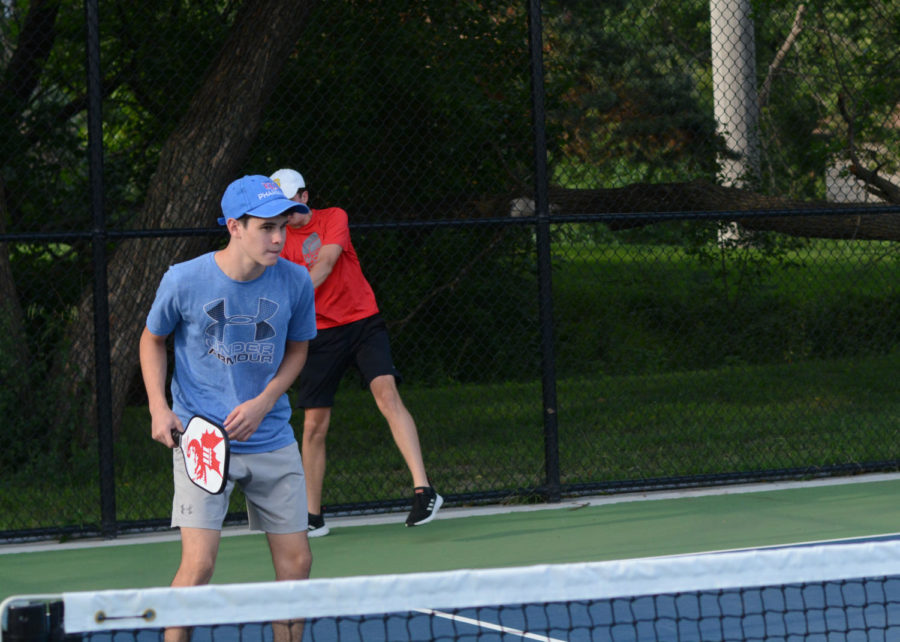 Tied game neck in neck. Paddle gripped tightly in his right fist junior Chase Horner drops the ball and smashes it to the other side of the court. Horner’s doubles teammate junior Hayden Spratlin waits for the opposing team to hit the white pickleball back.

Horner and Spratlin started the pickleball club as a way to start playing with more people at different skill levels.

“We started to get around the same skill level and it essentially got like the same thing every point, and we wanted to try something new so we played doubles with some people at the court and it was really fun,” Horner and Spratlin said.

The boys started playing over the summer.

“Chase asked me to play [pickleball] one day, it’s like bigger table tennis, and you can smash people who you know aren’t as athletic as you,” Spratlin said.

Horner and Spratlin don’t want to have a title like “practice” for when the club gets together and plays.

“Coincidental meetings of people playing pickleball of teenagers having fun and who all happen to go to Shawnee Mission South,” Spratlin said.

They have a passion for playing pickleball.

“It’s fun and it’s easy-ish, it’s one of those things that you can “pickle-up” but it’s hard to master,” Spratlin said.

Horner and Spratlin are about the intermediate level of pickleball. “The worst you are the faster it goes and the rallying last a lot shorter, upper level it would be about an hour [of playing],” Horner said.