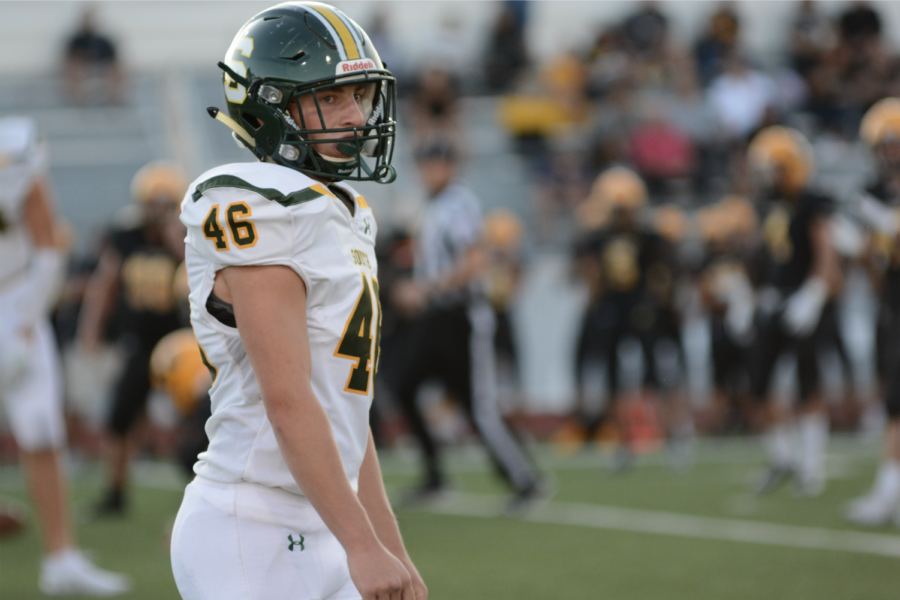 Friday night the 0-1 Shawnee Mission West Vikings played the 1-0 Shawnee Mission South Raiders at the SMSD Athletic Stadium at Shawnee Mission South. Our raiders were coming off a dominant win against Shawnee Mission North and looked poised for a second win, but the Vikings proved tough opponents. The game kicked off at 7 p.m. with the Vikings receiving the first kickoff. The Vikings hit the ground running with a score on the first drive and put up another two touchdowns before half time. This coupled with multiple defense stands meant West headed into half-time up 21-0. The second half proved more even with the Raiders scoring a touchdown with 8 minutes left in the third quarter, but that was the end of scoring as both defenses played very well for the rest of the game. West completely ended all hope with a red-zone interception late in the fourth quarter and the game finished with a final score of 21-7 in favor of the Vikings.

In their next game, the Vikings play the Olathe North Eagles, while the now 1-1 Raiders will prepare for their next game against Lansing on Friday. The Lions enter with a 1-1 record. In their last bout, Lansing was toppled by Basehor-Linwood 30-28.