Staff Goes to the Super Bowl

Hear from some staff about there Super Bowl experiences. 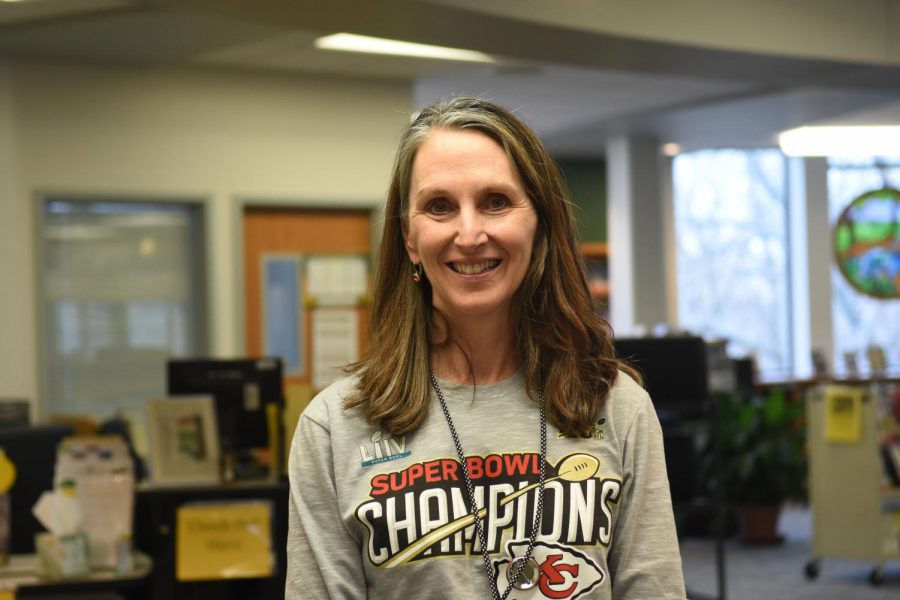 Sunday, February 2nd, the Chiefs went to the Super Bowl and came out champions. While the Super Bowl took place in Miami, Florida, that didn’t stop dedicated Chiefs fans from trekking down to have the experience of a lifetime.

The librarian, Mrs. Fales and her husband had a feeling from the beginning about the Chiefs.

“In October we bought tickets to Fort Myers because we [Mr. and Mrs. Fales] knew they [Chiefs] were going to win,” librarian Julie Fales said.

While many wouldn’t risk the trip down to Miami without knowing they would have a seat in the stadium, counselor Niki Dosland was willing to risk it.

“I went down in hopes of going to the Super Bowl. I went down there without a ticket, [but] with a couple of connections to a possible [ticket],” Dosland said.

Whether or not you bought your ticket in advance or acquired it through connections, the most important part is the experiences you bring home.

“I do have relationships that work for or with the Kansas City Chiefs, therefore I was able to go to the game with them. I was actually down on the field, prior to the game starting, and then again down on the field with the Chiefs celebration of winning the Super Bowl,” woods teacher Steve Magee said.

Although hiccups are unavoidable and we can only control so much of what happens, that shouldn’t ruin your trip and it definitely didn’t ruin Dosland’s Super Bowl experience.

“Unfortunately both of my connections fell through. I still had a great time, a good experience I guess I should say. [I was] a little disappointed I didn’t get inside the stadium. Yeah but I can also pay off my car probably with the money I saved,” Dosland said.

After all, it’s great to just be at the Super Bowl live, because who knows when we’ll be back.

“It’s awesome to be there live in person. After 50 years who knows if they’ll get there again, hopefully next year,” said Fales.