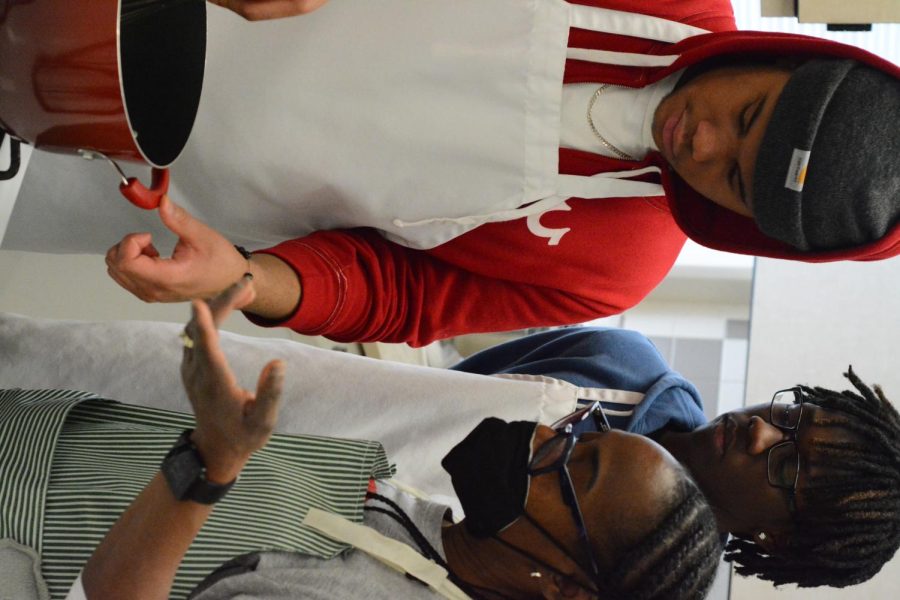 “At the beginning when everything was so unknown, it was kind of scary,” foods teacher Theresa Love said. “I actually didn’t think I would be able to teach foods, so I was really excited that I could still teach foods.”

“It wasn’t very fun teaching it online,” Love said. “I think all teachers had issues teaching online because kids are sometimes not really there.”

Not everyone had the proper ingredients or utensils to participate from home, so overall the class was not the same as before.

Currently kids are back in the classroom, cooking in pairs instead of groups of four, to abide by social distancing guidelines.

“Yeah. I actually love the two,” Love said. “Right now we’re very fortunate that we have four block days. So I’m able to do half the class on one block day and the other half on the other. So kids get more hands on.”

Now that the kids are back to cooking in the classroom, the district apple pie contest is back on. The contest is held at the Center for Academic Achievement.

“They get to make an apple pie. I generally have them do it twice,” Love said. “Because a lot of kids haven’t made apple pie before…practice the first week and then the next week is competition.”

Love picks the best pie maker to send to competition.

“So it’s really kind of fun, and then they have outside people that come in and judge the contest,” Love said.

South has unfortunately never placed before.

“Hopefully we’re getting there,” Love said. “I mean, the thing is, we have different kids each time so…”

Love is just happy to be able to teach foods in the kitchen again.