A night of surprise and comedy 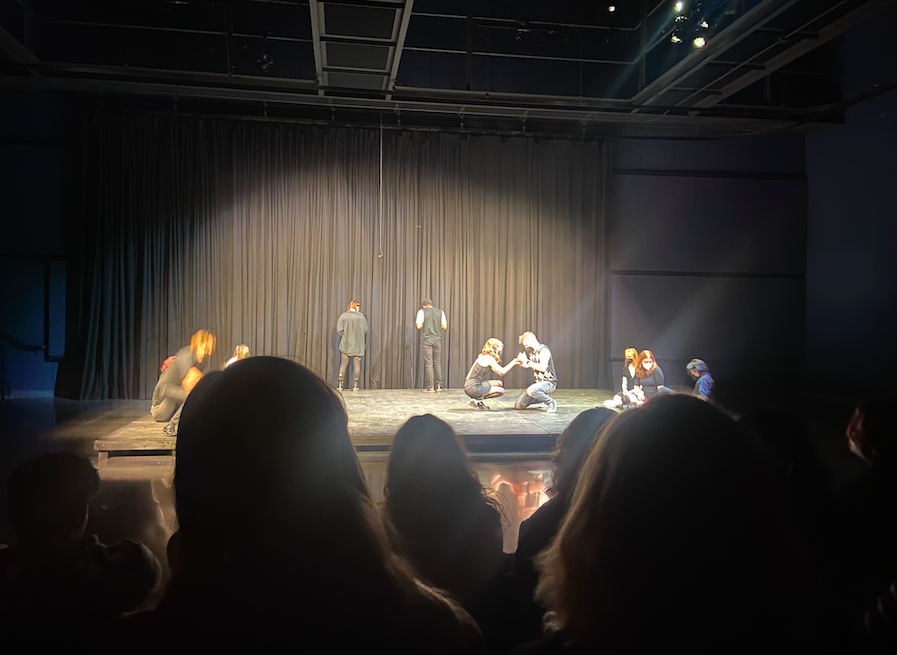 The Shawnee Mission South Improv Team had two shows on Wednesday and Thursday. I personally attended the Thursday show. The show consisted of four games and lasted about one hour.

In this game the actors create a scene with a position given to them by another cast member. Then at any time another actor says freeze and takes the position of one of the actors and creates a new scene.

This game was very on or off. Some scenes were very entertaining but lots of the time scenes were either underdeveloped or never had a compelling bit. On the other hand, some scene perfectly subverted expectations and were vastly entertaining.

In this game actors are arranged in groups of 4 and stand in a square. The outward facing group of 2 have a scene. Then someone in the cast says pan left or pan right and the actors rotate the square and they have a new scene.

This game was definitely a highlight of the night. The element of a scene having to last for a longer period of time and each scene having multiple phases gives them time to flesh out their scene and really make it their own.

In this game, a host stands outside of the theatre and four cast members are assigned a “Party Quirk”. Then the host enters the stage and all of the guests enter one by one and the host tries to guest their quirk.

This game was my personal favorite mainly because of the dramatic irony. The sense of an oblivious character trying to figure out things that seem so obvious to you is a fun concept. It is also quite rewarding when the host guesses the quirk of a character.

In this game there are 4 characters, a director and 3 commercial actors. The audience gives what the commercial is about and then the director directs a commercial.

The potential of this scene is great but it didn’t seem to be firing on all cylinders. The characters of the actors seemed plain and although there were some funny absurd moments.

The improv show did not disappoint but did not amaze. It was fun but it wasn’t revolutionary. I often found myself looking around and not fully invested in the scene. When I was, however, I was fully captivated. I enjoyed the show and it was a great way to spend a a Thursday evening.