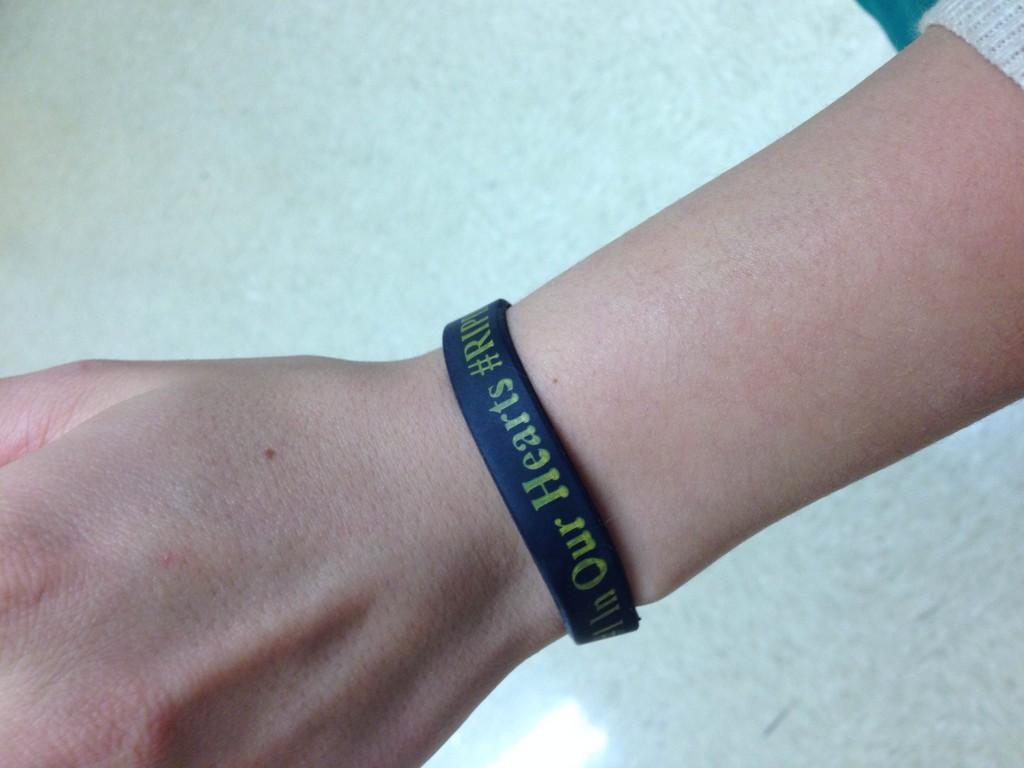 Bracelets with the message, “#29 On The Field, #1 In Our Hearts #RIPDre” , were sold to benefit the family of SM West football player Andre Maloney who died Oct. 4.

‘He sold them at West; I sold them here,” Matthews said. “And then we just met up basically every day for the past week and half to exchange money and bracelets.”

“I tweeted about it, I made announcements at lunch, there was a freshman who contacted me right away and I was like, I don’t know a lot of the underclassmen: spread the word, so she told people about it,” Matthews said. “People came up to me, they were texting me and DMing me on Twitter.”

The Kansas City Chiefs donated six footballs signed by Tamba Hali, one of them will be given away as a prize for donating to the Maloney family at the game tonight. There will be two boxes, one from donations to the family, and one will be for entry to win the football. The Tom Karlin Foundation is donating $1 for every follower on Twitter to the Maloney family, up to $1500.

“Not a lot of us knew him, but we’re a family,” Matthews said.  “Just the support from the Shawnee Mission Community is awesome, because the profit on those bracelets goes to Andre’s family.”